At Village, we believe that we should all be able to live and work in a society where all people have a sense of belonging. All five of our core values are intertwined with this mission: Act With Integrity, Respect For All, Care Deeply, Challenge Yourself, and Welcome To The Family.

May is designated as Asian American and Pacific Islander Heritage Month, Haitian Heritage Month, and Jewish American Heritage Month. We’ve been highlighting various national and international heritage celebrations and honoring the contributions and achievements of these groups throughout the year, and we’ll continue to celebrate our differences throughout various religious and cultural events.

Please join us in observing these celebrations as we strive to better understand each other! Your fellow team members at Village make up a diverse workforce that represents a larger America; understanding experiences outside our own is the first step in respecting those we work with every day.

We hope you’ll enjoy learning more about the diverse workforce and if you identify, we invite you to share with us and your coworkers too! 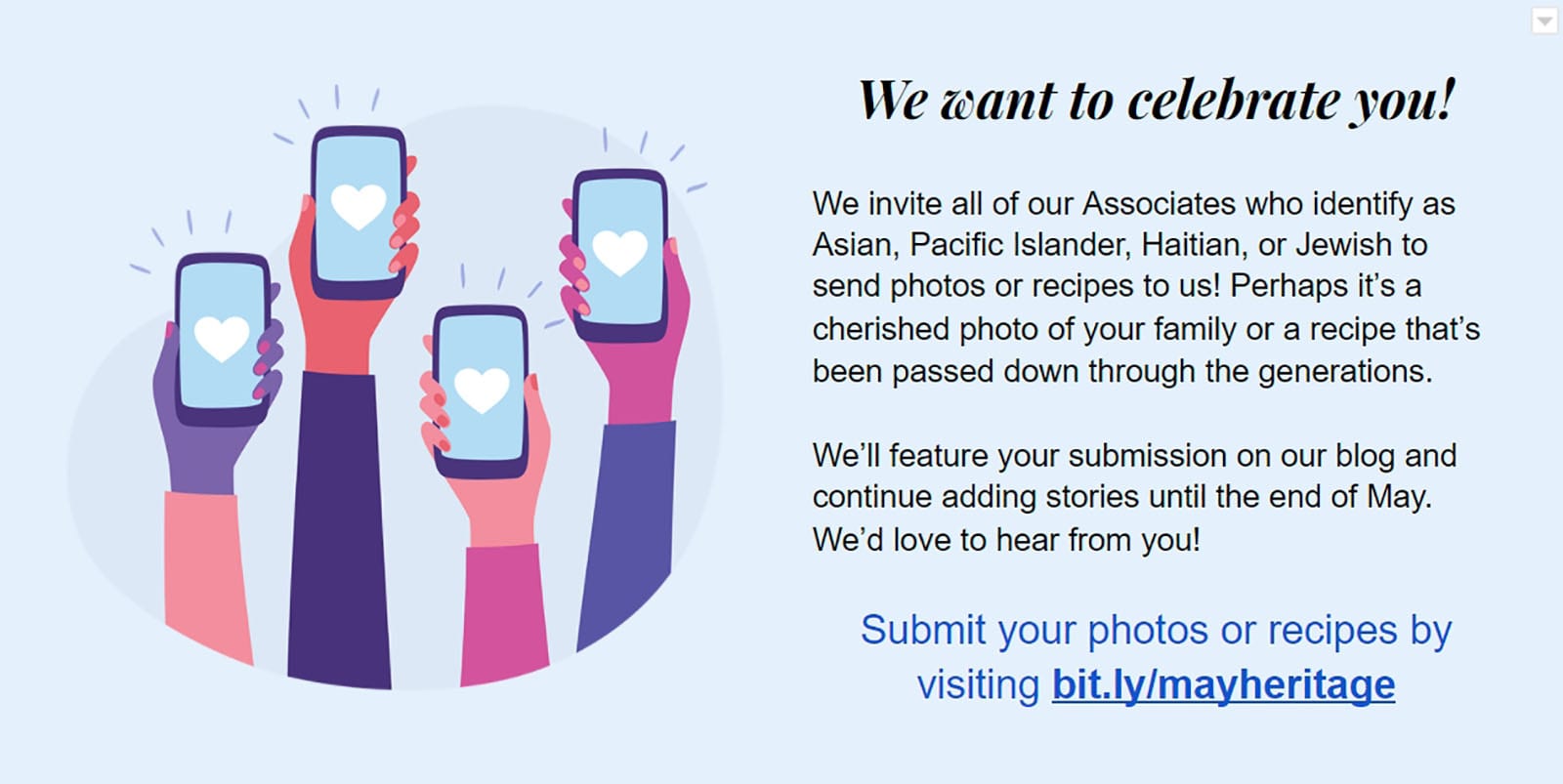 Originally proposed by a congressional staffer in the 1970s, this celebration began as a week-long recognition known as “Asian-Pacific Heritage Week”. Eventually, May was chosen as the celebratory month to honor the first Japanese immigrants who arrived in the United States in May of 1843. President Jimmy Carter signed a joint resolution for the celebration in 1978, making it official.

Wakefern is also offering virtual sessions you can attend:

First celebrated in Boston in 1998 via an influential public access television program, it quickly spread to Haitian communities in Florida, including activities such as parades, flag raisings. It became a state-wide celebration in Florida before gaining momentum to become a nationally-recognized month in 2005 when President George W. Bush memorialized it in a letter to the Haitian-American community and organized a White House event to recognize the holiday. Haitian Heritage Month is really an expansion of Haitian Flag Day on May 18th of each year, which is a major event observed in Haitian communities everywhere.

In 2006, President George W. Bush proclaimed that May would be Jewish-American Heritage Month. Its goal is to recognize the more than 350-year history of Jewish contributions to America and its culture, and was decreed by Congressional resolution. May was significant due to the 350th anniversary celebration of Jews in America marking the Jewish arrival in New Amsterdam; today, this month of recognition is organized nationwide by the National Museum of American Jewish History.